So I’m looking at pictures of orangutangs and jungle treks in Borneo and suddenly find myself signing up for a marathon. That’s a 42km/26.2mile run. What can I say? I need a goal. The night I registered, I woke up with the lightbulb that comes on once in a blue moon. Not only was I going to run the longest distance of my life, I was also the proud owner of the worlds’ most brilliant title for a marathon story: Borneo To Run.

Should I patent it? I don’t know. I’ve never had a stroke of genius before! Not this big at least. So I’m risking it. And leaving it up to good faith in people and their utmost respect for two timeless hobbies: running and storytelling.

Borneo’s fifth annual international marathon is scheduled to begin at 03:00am on Sunday, May 6th, 2012, from the Likas Stadium in Kota Kinabalu, Sabah Malaysian Borneo. Yesterday, I told a Malaysian man my plan. He smiled a big white-toothed smile, laughed, and then his face fell dead serious and he said, “You might die.”

Obviously, that’s why the race starts at three o’clock in the morning: compliments of Sabah’s balmy climate. After the sun rises, temperatures can get up to 95degrees Fahrenheit, and the air hangs heavily, sopping sleeveless unisex race jerseys with 85% relative humidity levels.

The good news: The wind won’t be maddening! Shouldered on the northwest coast of the worlds’ third largest island, Sabah is known as “the land beneath the wind,” thanks to protection from typhoon winds affecting the surrounding West Pacific areas. I can’t stand the wind; would’ve been a deal breaker for me and Borneo.

I took two other novice marathoners with me: Nick Martin and Ron Braselton. By the time the race rolled around, we all had goals. My goal was to simply finish the race. Nick wanted to finish in under four hours. Ron just wanted to run as far as he could: earlier in our travels, he’s been stricken with near-fatal blood poisoning that didn’t clear until two weeks before Race Day…

Still, we’d occasionally hit the hot asphalt of overpopulated cities or head into steamy jungles concealing ancient temples and ruins, or stride along coastlines through odiferous fishing villages, speeding away from mangy dogs, and when our clothes were completely soaked and our legs tired, we’d run straight into the ocean to cool off.

Our longest run pre-race was about 12 miles.

And so we flew to Borneo to run. The day before the race, we did absolutely nothing. Around midnight, we tried to sleep. Rain poured and the streets began to flood. Around two, we hailed a taxi for the stadium.

As the cab pulled to a stop, so did the rain. The night felt fresh, the stadium floodlights shown off the glistening green field, and a cool mist rose from the track we’d soon set foot on. 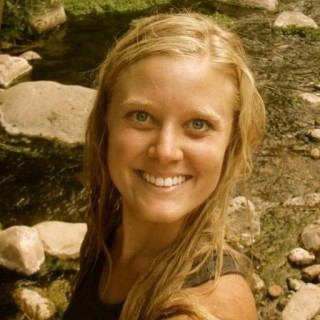